Mobile is the New Battleground September 17, 2012 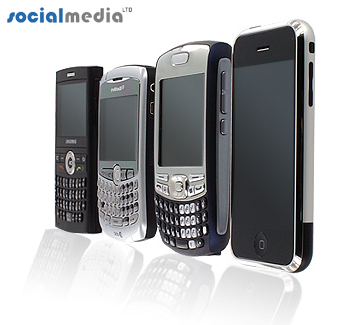 The mobile internet has seen a huge boost in numbers over the past few years, increasing at a rate not seen before for previous technology. In China, the world’s largest population of internet users, more people access the web through their mobile phones than their PCs. Western countries aren’t far behind, with UK and USA audiences both making the cross onto a mobile platform.

This has meant big changes for internet giants, who had built up sites, processes and features around a PC format. Google, Microsoft and Facebook customers typically use the sites on desktop PC or laptops, but the rise of the smart phone has thrown the balance off, as more and more people are making mobile their platform of choice.

Start-ups like Twitter and Instagram show the rapid amount of users that can be drawn to ‘mobile-first’ applications. While the mobile Facebook app is still the most downloaded and widely used, it has encountered a large amount of problems and bugs that cause its users to find the app frustrating. It has also failed to incorporate a strong and consistent way to monetise advertising on the app, after doing reasonably well on their desktop site.

The issues here come from Facebook building the app based upon their desktop website, whereas mobile start-ups like Twitter moved forward with a ‘mobile-first’ attitude and developed their app from the ground up. In this way, Twitter is expected to have a much larger revenue stream from its app than Facebook by the end of the fiscal year. Although, Facebook is expected to catch up and overtake Twitter over the next 12 months from sheer amount of users and an announced redesign of their entire application.

The best-practice for using and monetising mobile applications have come from app start-ups rather than the existing internet giants, who have all needed to adapt and learn this new format and play catch-up to smaller developers. However, the tide is turning as Mark Zuckerberg proved through his recent press talk where he announced an overhaul of the Facebook mobile app. Facebook’s acquisition of Instagram for an estimated $750million is also a sign of how a dedicated mobile-first team can prosper on the app market.

Companies wanting to release apps or advertise on mobiles need to realise, like the industry, that mobile marketing is a wholly different platform from anything gone before, that is only just beginning to take off. Dave Morin, chief executive of Path (a mobile social network that competes with his previous employer, Facebook) said of the trend “I think we are in 1999 right now in mobile”. Morin here references the boom of the internet and dotcom development that led to the internet we know today. Experts are expecting this to only be the start of a whole new generation of outlets and a whole new way of thinking.

Other Posts Related To 'Mobile is the New Battleground'