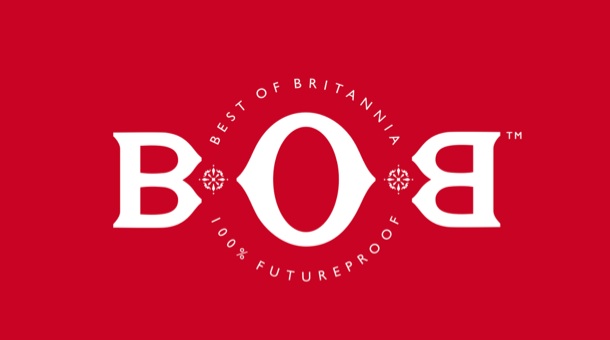 The fast-paced nature of the modern workplace leaves very little time for reflection. After all, “time is money,” is a well-worn cliché for a reason. That being said, a moment of pause can do oneself a world of good. At the behest of my employer Social Media Ltd, I took a moment to re-energise myself by visiting a local trade show being held near my workplace. Not only did I come out of there refreshed enough to see out the week but I also gained new inspiration from the creativity and palpable excitement on display. 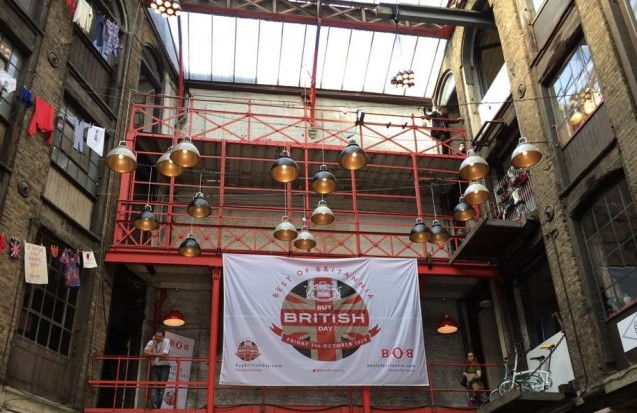 Best of Britannia (BOB) is a trade show housed inside the Clerkenwell landmark, the Farmiloe building. Like the name suggests, its vendors consist of the most promising new brands in Britain. From fashion to alternative housing, a smorgasbord of goodies was on show, some of which were truly ingenious concepts unique to the event.

The first stand of note I came across was littered with cardboard boxes. Some of which had wheels and a handle, making them resemble rudimentary suitcases. Intrigued I queried the seller about the concept of “disposable luggage”, he looked at me quizzically and after determining that I’d jumped to the wrong conclusion, informed me that the real product were the attachable wheels and not the make-shift suitcase—which was just demonstrating one of the many ways they could be deployed. Another use-case was for cute, wheeled cardboard toys. I then learned that his company, Move-It Products, provided the industrial cardboard furniture for this multi-floored show, all of which was quite stylish and sturdy.

The next stand to grab my attention belonged to a company called Comins Tea House. It offered a range of fine and rare teas, one of which produced a honey-like flavour as a by-product from a defence mechanism against aphids. Comins also sells a personalised range of teaware which are ceremony appropriate for the ardent tea aficionado. 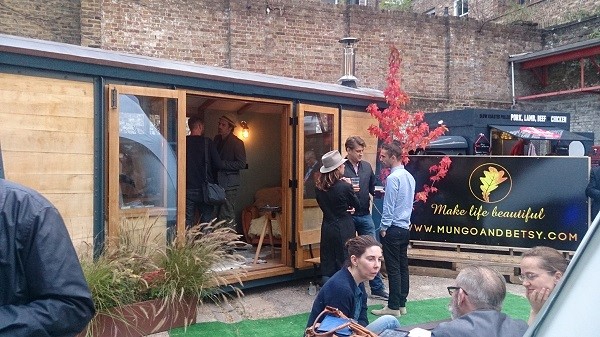 As I continued to browse the wares on show I came across several more products worth discussing but the one which really interested me was a renovated train carriage. Mungo and Betsy, the company responsible for the re-modelling, champion the concept of combining disciplines to create “beautiful lifestyle objects”. This notion seems best realised in its showpiece, the aforementioned carriage, which I was told is worth £40,000. It should be noted that it was a top range model as each unit can be customised to a client’s specific needs, wiring can be placed as well as heating alongside furniture from the companies own collection. Furthermore, building one requires no planning permission as it’s classified as a shed/outbuilding – an especially extravagant shed, but still.

BOB, showcased a host of notable companies too numerous to mention here. On reflection I realise that there was something else connecting these companies besides their country of origin, which is a spirit of ambition. Each one of the companies that I’ve mentioned offer a unique if not niche service/product. Such a business requires some fortitude to eke out a space in the market since it can be hard to establish a consumer base. Yet the amount of thriving brands in attendance demonstrates that regardless of how small the business or niche the product, there is a demographic willing to support it. It’s just about finding a way to engage them. This realisation was key to my rejuvenation. Working for a company whose focus is matching such businesses with “good customers” (clients who will maintain a long term relationship with a brand), BOB reminded me of just how vital our work, at Social Media, is to the livelihood and maintenance of Britain’s diverse marketplace.

Other Posts Related To 'British Ingenuity'