Twitter partners with AP and Reuters to target misinformation August 30, 2021 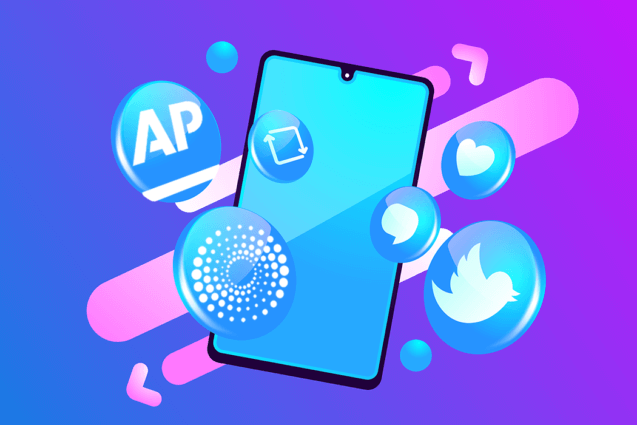 Twitter has been making moves to fight against misinformation for a while now. The social media platform made waves last year when they banned Former President Donald Trump for spreading lies and hate on his account.

In a press release, Twitter said: “We are committed to making sure that when people come to Twitter to see what’s happening, they are able to easily find reliable information. Twitter will be able to expand the scale and increase the speed of our efforts to provide timely, authoritative context across the wide range of global topics and conversations that happen on Twitter every day.”

Initially, the curation team would provide overviews for trending topics, build lists and clarify information for its users. The curation team attaches descriptions to trends that appear in searches, push credible tweets and accounts to the top of searches and have also started adding warning labels to misleading posts. Furthermore, the team also edit entire threads and trends during high profile global and national events like elections, pandemics and developing news stories.

Curiously, Twitter also launched a crowd-sourced fact-checking portal called Birdwatch in January 2021. Birdwatch is currently only available in the US but the concept will be rolled out to the main platform worldwide at the end of this year. Birdwatch essentially pushes the fact-checking process onto the users, just like Wikipedia does. But how does it work?

Instead of labelling tweets with simple ‘True’ or ‘False’ tags from fact-checkers working to get through a whole heap of posts to verify, Birdwatch users will aim to add labels with nuance to tweets. These labels will look to provide further context to posts and trends and expand on content already on the platform. To become a Birdwatcher, you must have a Twitter account with a verified phone and email attached to it. Your Twitter account must also be free of any strikes against it to qualify for the programme.

To keep the birdwatching system from being exploited by meddlers and bad-faith users, Twitter is once again looking to Wikipedia for inspiration. Twitter has revealed plans to have editors and valued users curate the platform by ranking users and their notes, using an algorithm, to determine their reputation and consensus. By pursuing the Birdwatcher user bases, Twitter maintains a pool of trustworthy editors and can even build in rewards for valued curators.

Whilst the main response to Twitter’s new partnership with AP and Reuters has been one of encouragement, especially in this age of fake news and misinformation, one could draw cynical conclusions from this corporate move. Birdwatch and this link with the news organisations could be seen as a way for Twitter to pass the buck of preventing harmful content onto its users. Instead of the platform working to eradicate lies spreading on the platform themselves, Twitter could be seen as shifting the problem out of the limelight.

Nevertheless, the partnership and the Birdwatch venture are very good starts for the platform’s fight against misinformation. For too long social media has been like the wild west of unregulated beings. With these measures being introduced, Twitter may finally increase the level of trust its’ users have in it.