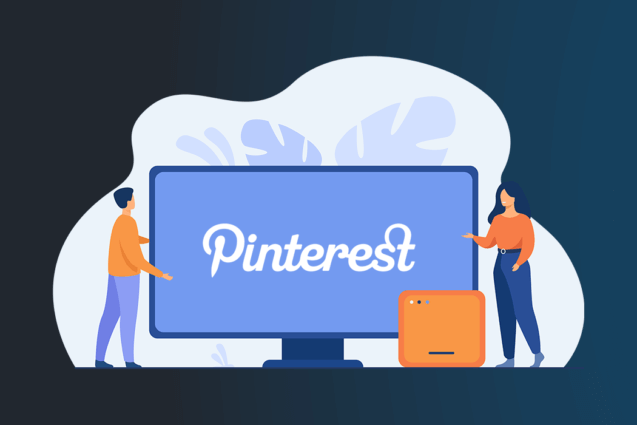 Pinterest is running its own series of live shopping events through new initiative ‘Pinterest TV’. The current explosion of the live-stream shopping trend, which began in China, appears to be only getting bigger and bigger.

In their initial announcement of Pinterest TV, the company said: “Today we’re announcing Pinterest TV, a series of live, original and shoppable episodes featuring creators right on Pinterest. Pinterest TV episodes are refreshed each weekday and will be recorded and available for Pinners to view on-demand, and save and rewatch later.”

Pinterest revealed that Friday broadcasts would be the culmination of a weeklong gear up for live-shopping events: “Each Friday, products will drop in a live shopping setting where Pinners can take advantage of discounts from brands including Patagonia, All Birds, Crown Affair, Melody Ehsani, Outdoor Voices, Mented and more. Simply click the TV icon in the upper left corner of the Pinterest app to view episodes, interact with hosts, ask questions via chat, and get answers live.”

Creators will showcase and tag products that direct viewers who click to an online checkout. The Pinterest TV portal will list a product’s price, how many units are left and whether or not the product is on offer or discount.

It may look like Pinterest is betting that the live-shopping trend will be the answer to its eCommerce push but this isn’t exactly the case. Pinterest has been trying to pivot its image from a simple social app to a more holistic virtual location featuring a variety of services. In fact, in 2016, CEO Ben Silbermann said that Pinterest wanted to become ‘a catalogue of ideas’.

It is no surprise that Pinterest teamed up with so many different brands and plunged face first into the live shopping trend; the social network has been looking for new revenue streams and a means to increase its eCommerce potential. Especially after the recent Instagram and TikTok updates made to add shopping portals to those respective apps.

Pinterest hopes that Pinterest TV brings immediate interaction and increased engagement to the app with the hope of instigating shopping activity directly in the app. It is also noteworthy that Pinterest pushed this feature out to the public just in time for holiday season – after all, Thanksgiving, Black Friday, Christmas and New Years are just days away. What better season to drop a shopping update than the shopping season?

Pinterest is adamant this is the next step in their network’s evolution as they have also launched an initiative to help creators to launch their own shopping live streams. The social network has launched a virtual studio that provides creators with networking tools, as well as audio and video support.

Pinterest revealed that some creators taking part in the live-shopping trend have “doubled their followers after a live episode”.

The aim is to encourage more creators to expand the platform’s live shopping focus and also increase the volume of eCommerce being conducted in the application. When eCommerce increases, Pinterest will also be privy to fantastic data collection such as usage behaviour, shopping trends and purchase tendencies. This data is often as valuable as the commerce creators are hawking as it allows Pinterest to hone the platform into the eCommerce giant it wants to be.

What is the appeal of Pinterest TV for Pinners?

Pinterest TV allows pinners watching live-streams to benefit from exclusive deals only available in the app and during live-streams. For example, some items and lines have only popped up during specific live-stream broadcasts. This encourages the Pinterest user base to be more engaged with the live-shopping trend in order to gain access to exclusive deals.

Live-shopping truly came into its own during the pandemic. Social media users who were no longer visiting physical stores, due to governmental rules and personal choices, could vicariously shop online and purchase products with just as much, if not more, informed decisions.

McKinsey revealed that China’s live-shopping trend will generate $423 billion by the end of 2022. The eCommerce trend is quick, engaging and encourages purchasing by tying audiences to creator personalities, exclusive deals and entertaining content. Pinterest has always wanted to increase the platform’s potential and this is their big play.

If you are looking to utilise Pinterest and it’s many tools, Social Media’s Pinterest gurus can get you set up and raring to go!