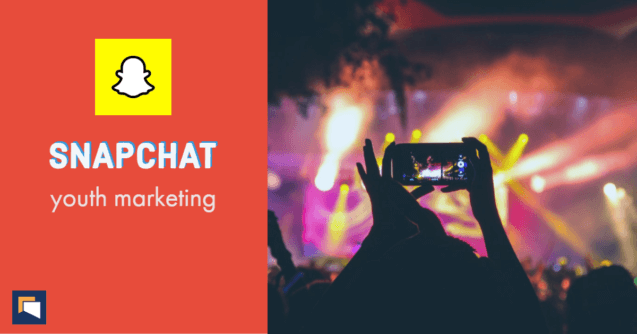 When it comes to social media marketing there is a lot of hype. And understandably so, after all, social media is all about hype. Many social media networks have been part of this hype. Facebook, Twitter and Instagram were swept by a wave of sign-ups and grew faster then they could cope in the past.

Since the time these social networks were established, however, very few new platforms have managed to make a similar impact globally. For some, success was very short-lived, others have simmered. Snapchat has been an exception.

Snapchat emerged as the usage of Facebook started to reduce amongst the youngest population. Partly because Facebook started to be seen as a grown-ups network and part of the short term life of Snapchat content. Other content which could be so damaging in the past, it was no longer, as the message would have a limited time-span and self-destruct.

What is the type of audience?

The majority of Snapchat users are 18-24 reaching almost 70% of the total audience. So Snapchat is clearly the social network of youth. As with any social network though older age groups have been catching up and using Snapchat at an increased rate. So investing in Snapchat marketing can have the short term effect of reaching a younger audience, but could also offer wider opportunities in the near future, as popularity still grows.

How can a business take advantage?

There are numerous ways to take advantage of Snapchat marketing opportunities. Firstly you can advertise on the platform using the business section, named Snapchat Ads. The ads interface is very similar to Facebook and offers many popular targeting opportunities as other social networks. A fact not so many people know is that both images and video can be used for the ads, not just video.

Companies can also post content on the platform on a daily schedule, similarly to other social networks. Snapchat videos used to be only 10 seconds long but have now been expanded to 60 seconds, offering enough time for a full ad to be shown. The unique feature of Snapchat content is that all picture and video messages are automatically deleted once they have been viewed or when they expire. Whilst the messages disappear with no record, Snapchat is still a fantastic platform to get exposure on, if your core audience is between the age of 18-24.

Other Posts Related To 'The emergence of Snapchat'