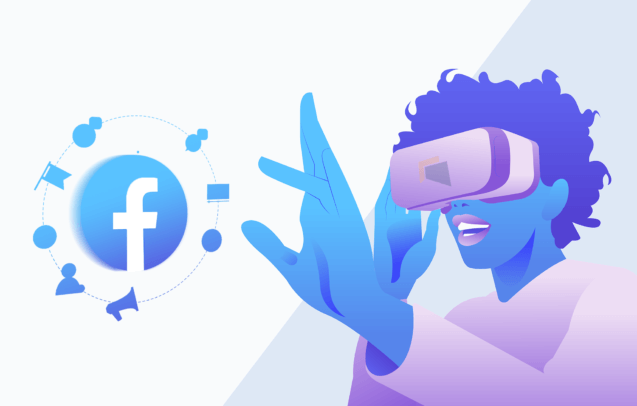 Facebook pulls in over 2.89 billion active users a month. Mark Zuckerberg, CEO of Facebook, knows that Facebook is at the forefront of social media and he’s ready to flex his muscles and innovate … and this time he’s going virtual, with the ‘metaverse’.

Confused? Don’t worry, we’ll break it down for you.

Essentially, Zuckerberg wants the ‘metaverse’ to replace our current world wide web. So instead of opening up a browser and typing in a URL to navigate to, you’d log into the ‘metaverse’ with an avatar and navigate to different worlds and applications and events virtually. Think ‘Ready Player One’ but with Farmville and Facebook Pokes.

The term ‘metaverse’ was coined by science fiction author Neal Stephenson. It appears in his novel ‘Snowcrash’ and refers to a collective and shared virtual space in which physical and virtual entities converge. Zuckerberg credits Stephenson for the phrase but it is an idea that has been prominent and rampant in science fiction literature for decades. In addition, in more recent years, considering our advancements in virtual reality technology, this idea of a virtual world is becoming a case of ‘when’, not ‘if’.

When will the ‘metaverse’ be virtually real?

Zuckerberg has put a five-year timeline on what he says will be Facebook’s transition from a ‘social media’ company into a ‘metaverse’ company. Insiders say this is an unrealistic and very optimistic time frame as the ability for virtual reality hardware to improve hasn’t sped up in recent years. Furthermore, virtual reality machines and headsets still remain out of reach for many users due to the rather steep price range.

For Zuckerberg’s five-year timeline to come to fruition, there would have to be a rather rapid increase in virtual reality or augmented reality technology and an even better increase on the sustainability and price of said equipment.

In 2014, Facebook purchased Oculus for $2 billion. Oculus manufacture a Virtual Reality headset and, at the time, it was touted that Facebook was building a virtual world to transition its’ user base into. It is now clearer than ever that Oculus was acquired for this very reason. The Oculus headset has slowly but surely been improving since being added to the Facebook family but we may still have a little while to go before the headset can handle a ‘metaverse’.

Zuckerberg will also have to see how responsive and collaborative the rest of the tech-giants are to this endeavour as he has stated this ‘metaverse’ idea will only truly take off if the most used and popular online services come along for the ride.

Zuckerberg almost seems to be moving towards the ‘metaverse’ model as a result of an unintended consequence of social media platforms like Facebook. As Zuckerberg states when talking about this five year plan, he wants users to feel like they are not alone when they’re online. He wants social media to actually become SOCIAL again.

The idea is that if you can’t go to a concert or convention physically then you go their virtually and meet people virtually. They can then come back to your virtual house and sit on your couch and talk.

‘Metaverse’ trails are already being run by Facebook on the likes of Animal Crossing, Fortnite and Roblox. Again, these are products that have very vocal and active social communities that would prove to be good testing grounds for the ‘metaverse’ idea.

If Zuckerberg’s ‘metaverse’ becomes a reality. Who knows how we will be consuming content online? Instead of reading a blog post like this on a screen, will you be walking through it or finding it in a virtual newspaper in the ‘metaverse’.

Other Posts Related To 'Facebook Going Virtual: Welcome To The ‘Metaverse’'