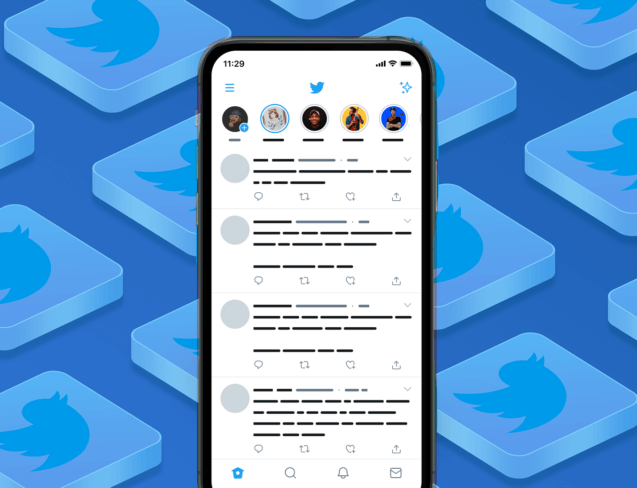 In the grand scheme of the social media landscape, Twitter has a lot of work to do if it wants to reign in the likes of Facebook and Instagram. Whilst the latter platforms have total active monthly users in the billions, according to Statista, Twitter averages 206 million active users a month – and this total is slowly dropping year on year. Twitter Fleets was supposed to be an answer to the platform’s waining user base.

As a result, the social media platform has been experimenting and introducing features to try and attract new audiences but also, perhaps most importantly, keep its existing user base from moving away. Such changes include increasing the character limit, recently trailing hidden dislikes on tweets and replies, labelling tweets with fact check labels and fleets.

Twitter launched Fleets 8 months ago, in the final quarter of 2020. It is essentially a clone of the story feature one can find on Snapchat, Instagram, Whatsapp and YouTube. A user can post video, images or text to a feed separate to their main timeline. This Fleet timeline would then display those posts for 24 hours only. When the 24 hours is up, Fleet permanently clears the feed so it is nice and empty for the next day.

Ilya Brown, Vice President of Product at Twitter, said they hoped Fleets would make ‘people feel comfortable joining the conversation on Twitter’ but that ‘we haven’t seen an increase’ like we would have hoped.

The thinking here was that new users would be far more reception to a timeline that allows them to join the conversation briefly but not be sucked into it – as is wanton to happen with Twitter interactions.

Unfortunately, the launch of fleets was not as successful as similar launches of a story feature on other social media platforms. Fleets was shut down just 8 months after debuting with some users never even getting the chance to see it.

A backdoor for advertising?

Perhaps the most curious piece of information to come from Fleets was Twitter trying to install full screen ads between fleets as a new avenue for revenue. As a user would tap through a Fleet, they may be interrupted by short 5-10 second ads promoted by Twitter. Eventually, this addition was also scrapped but no comment has been made as to whether these same full screen ads will be repurposed elsewhere in the app.

According to Statista, Twitter currently generates $3.5-$3.8 billion revenue on average a year. This has slowly but slowly been increasing since its inception rising from $2 billion in 2015. However, Twitters operation cost has also increased astronomically with that particular value hitting $3.6 billion in 2020. As you can see, Twitter is just about managing to break even. With the addition of full page unskippable ads somewhere in the app, the platform could introduce a much-needed new avenue for cash flow.

However, Fleets won’t be a part of that particular game plan – at least not in its current form. Perhaps fitting that a feature which disappears after a day, didn’t live long in the memory.